Sylvia Earle currently leads Mission Blue, a "global coalition to inspire an upwelling of public awareness, access and support for a worldwide network of marine protected areas –"Hope Spots." Since 1998, she has been a National Geographic explorer-in-residence.

by Edward Ortiz from Los Angeles, California in United States

"The key is to see ourselves as a part of the natural systems that support us."

Beneath the Pacific Ocean, 210 miles southwest of Guam, lies the Marianas Trench: a gouge in the ocean floor 1800 meters deeper than Mt. Everest is tall. In 1960, explorers Jacques Piccard, the uncle of Betrand Piccard, and Don Walsh took the bathyscaphe, "Trieste," to the very floor of the Marianas Trench, where they spent 20 minutes looking around. They reported seeing, fully seven miles deep, a flounder-like creature!

Since that one expedition, for logistical reasons, no one has followed-up on the exploration of Piccard and Walsh. However, if anyone is going to do it, it will be the distinguished marine biologist Sylvia Earle, ambassador to the world's oceans. 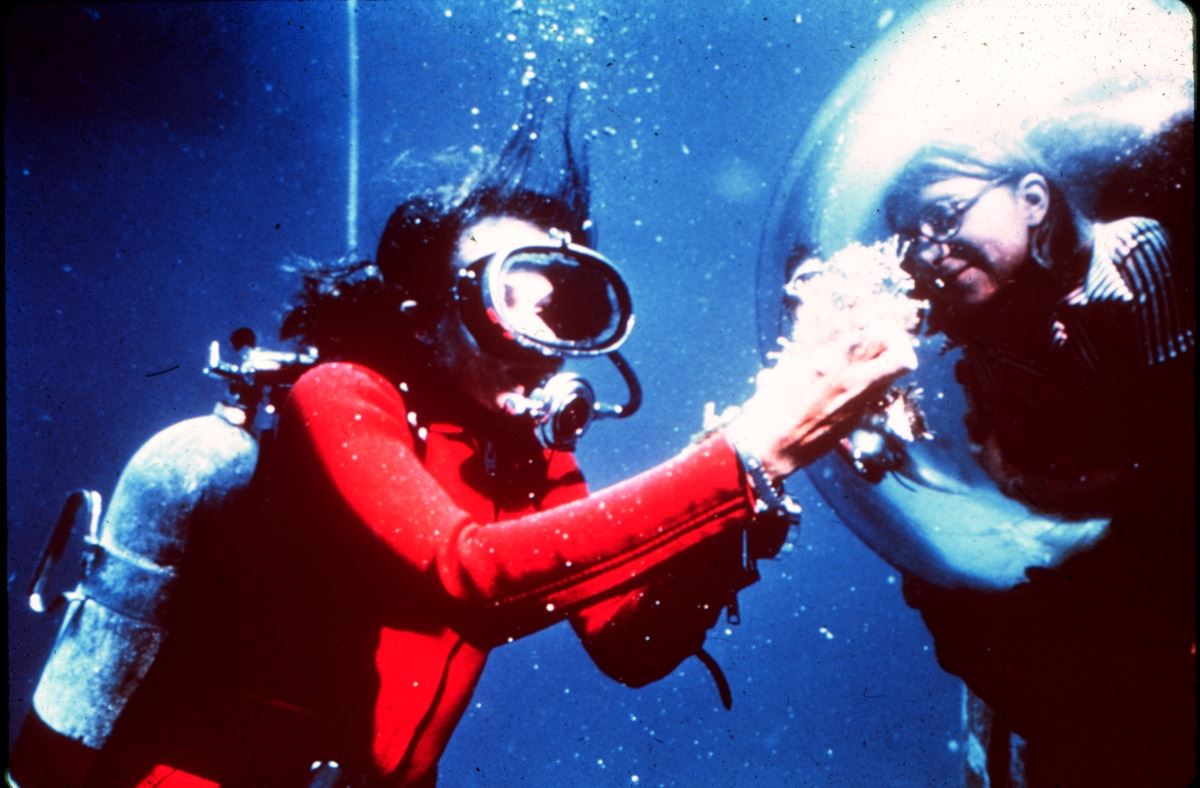 Affectionately called "Her Deepness," or "The Sturgeon General," Earle is a seasoned aquanaut who holds the depth record for a solo dive: 1,250 feet. Earle co-founded the company Deep Ocean Engineering and is a recipient of numerous awards and honorary degrees. She founded the Sustainable Seas Project, which is currently conducting a series of explorations of the United States' marine sanctuaries, and she currently serves as a scholar and "Explorer-in-Residence" for the National Geographic Society. Most importantly, Earle is a tireless advocate for marine conservation and for fostering public awareness of the perils to ocean ecosystems caused by overfishing and pollution.

Sylvia Earle was born on August 30, 1935, in Gibbstown, New Jersey. She has always been motivated by an intense curiosity of the sea. Young Earle found that during family trips to the Jersey shore, a vast world of magical wonder awaited her at water's edge. When her parents moved to Florida, Earle turned the Gulf of Mexico into her own backyard of discovery. Earle describes the experience as "living on the edge of the great unknown every day." At 16, Earle attempted her first dive. More than 6,000 hours of diving time were to follow in her brilliant career.

Some of Earle's diving pursuits are legendary. In 1968, she was part of an expedition to descend into the ocean in the first modern submersible without a lockout chamber. Four months pregnant, she became the first woman scientist to gaze through the porthole of a submersible!

Two years later, at the same time that astronauts were landing on the moon, Earle participated in the Navy's Tektite Project. Funded jointly by the Navy and NASA, the Tektite Project saw Earle leading the first team of women aquanauts on a two-week underwater expedition where invaluable research would add to the body of knowledge concerning deep water eco-structures, as well as detail the effects of prolonged underwater habitation on the human body. During this project, she noted the damaging effects of man-made pollutants and global warming on delicate coral reefs -- a vital part of the complex underwater food chain. This observation confirmed Earle's fears about the human destruction of underwater ecosystems.

When queried as to her opinion of the greatest threat to the world's oceans, Earle responded: "ignorance, lack of understanding, a failure to relate our destiny to that of the sea." Overfishing is one issue where Earle's displeasure is most ardent. It is no longer shocking to hear news of the many marine species being overfished to the extent that their existence is threatened. One example is the sad case of blue-fin tuna which inhabit the Indian Ocean. Since the first blue-fin census in 1970, the population of these fish has shrunk to one-tenth its size! Another example of human depredation of the ocean is the method of shrimp harvesting. Shrimping trawlers scrape everything off the ocean bottom, including plants and other fish, simply to pick out the shrimp and discard the rest! Earle compares trawling for shrimp to clear-cutting an entire forest just to get the squirrels. 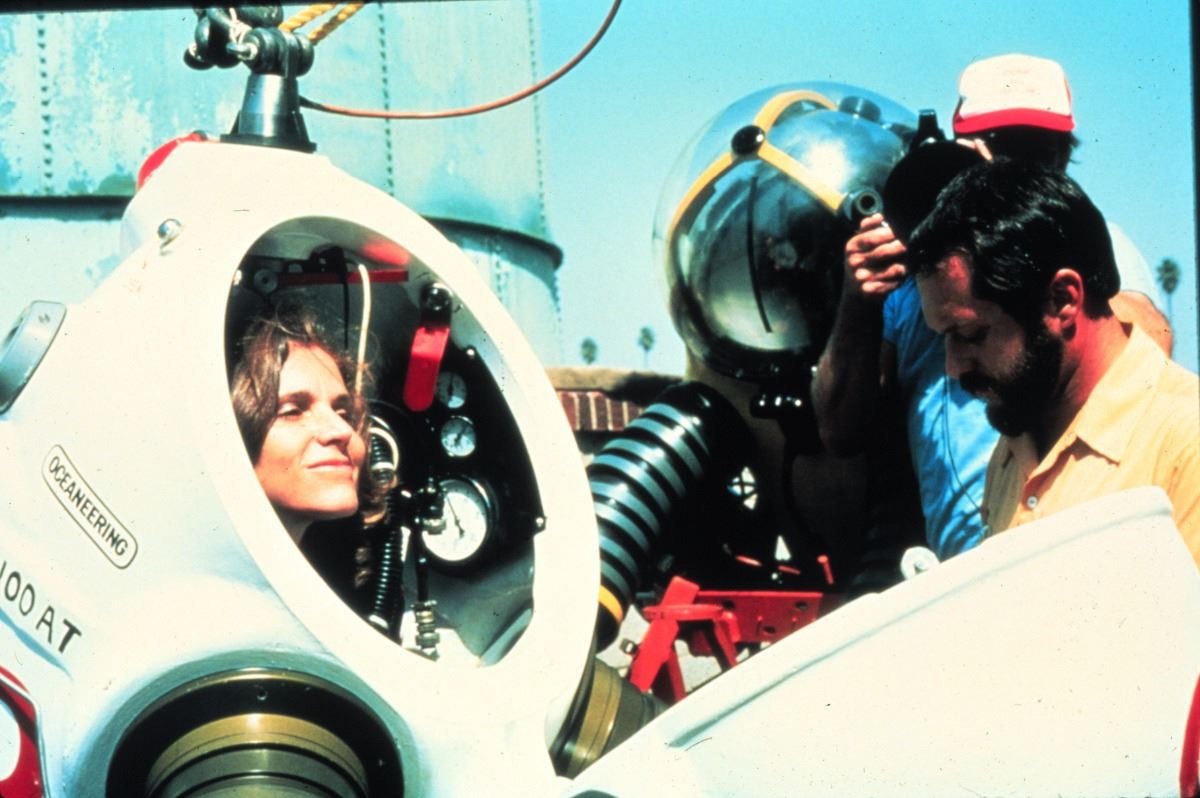 Dr. Sylvia Earle prepares to dive in a JIM suit.OAR/National Undersea Research Program (NURP) / Public domainnEarle is a proponent of sea farming. She considers the harvesting of wild fish an inefficient use of the marine food chain. She believes this to be a crucial time in the development of the oceans and our relationship with it. In her compelling and informative biography, Sea Change, Earle offers a blueprint for change that involves reversal of damaging governmental policy issues, the creation of marine sanctuaries, and awareness of the benefits of sea farming. She also advocates individual changes in eating habits. She, herself, no longer eats seafood.

As a result of her fascination with the dark depths of the ocean floor, Earle started Deep Ocean Engineering with her colleague and former husband, Graham Hawkes. This firm was instrumental in the development of deep water robots and submersibles. The exploration of the Marianas Trench has always been one of Earle's goals. At present, the technology exists for a dive to 20,000 feet, a little more than half the depth of the Trench.

Earle has already seen what few divers dream of, and she has attempted what few marine biologists could imagine. At record-breaking depths of 3,000 feet, Earle has seen the lattice-like patterns of brittle star fish decorating the unexplored sea floor, as well as the dazzling bioluminescence of deep water ecosystems. Earle likens jumping into the ocean to "jumping into minestrone: but all the little bits are swimming around." She often says that "every little spoonful of the ocean is full of life." Even below the reach of sunlight, ocean plants thrive, nourished by a process called "chemosynthesis," a counter to the process of photosynthesis by which land plants live. To Earle, who has spent countless hours in the company of sea creatures, fish are like humans, in that each one is different.

Over the course of her career, Earle has marked the devastating effects of man-made pollutants on ocean life. Earle describes the ocean as "a balance sheet out of balance." She believes that by telling people about the "symphony of life" that exists in the ocean, she will be able to make people understand how crucial it is, at this moment, for human beings to change the way they treat the seas. She says that one important impetus for our making drastic changes should be concern for ourselves, since the earth's climate is governed by the ocean. Ninety-seven percent of the earth's water is ocean, so it is absolutely crucial that, in order to to keep the earth a habitable place for humans, the oceans remain as they have slowly evolved over the millennia: that is, with every spoonful still full of life.

Sylvia Earle's advocacy for the fate of the oceans makes her a true ambassador and champion of the world's most precious resource.

Sylvia Earle Foundation: Mission Blue - Mission Blue's mission is to ignite public support for a global network of protected areas.
Sylvia Earle's 2009 TED Award Acceptance Speech - "Here's how to protect the blue heart of the planet"
National Ocean Service - The Web site of Dr. Earle's project of underwater exploration and discovery of the marine world. The Web offering was retired on March 28, 2003, but has been archived and is available for download.

William Beebe All about the famous underwater explorer who inspired a young Sylvia Earle to get her feet wet. Discoveries in the Deep A timeline history of underwater exploration. The Environmental Protection Agency's Office of Wetlands, Oceans and Watersheds OWOW works to protect our freshwater, estuarine, coastal and ocean ecosystems, including watersheds and wetlands.

Window on the Deep: The Adventures of Underwater Explorer Sylvia Earle
Andrea Conley

Defying Ocean''s End: An Agenda for Action
Edited by Linda K. Glover and Sylvia A. Earle 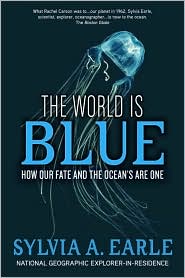 The World Is Blue: How Our Fate and the Oceans Are One
Sylvia A. Earle

Life in the Ocean: The Story of Oceanographer Sylvia Earle
Claire A. Nivola
Related pages